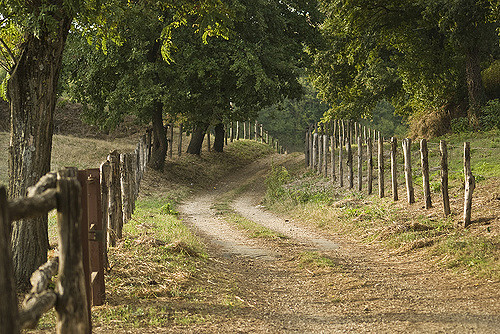 Last week I didn’t close someone the way I normally do and it’s haunting me right now.

Do I have a good reason for skipping over my normal close? No, I really don’t. The situation felt different and I skipped the first question, which means the second question never came up.

Now I have to wait and wonder, “what are they going to do?”

Have you ever wondered gotten off a call and wondered which way the prospect was leaning? How did it make you feel?

I know how it makes me feel. The feeling I have right now is awful, simply awful. I absolutely hate being in this situation and it’s my own fault this time.

It’s not about having an answer, either. I’d feel much better if I had a sliver of a clue.

It’s my punishment for not closing correctly.

Closing is a natural part of the sales process and asking for the next step should feel like ticking off a checkbox. That’s how I’d describe closing. It’s not heaving a half court shot with one second left on the clock, it’s like finishing a grocery list and realizing it’s time to check out. Yes, you might get to the end and realize you can’t buy that last item because they’re out of stock. Not everything will move forward. It’s still a checklist, one that you completed.

If you’ve done your job correctly leading up to the close, you typically have a really good idea as to how that last question is going to go. That’s why I have two questions. I don’t want to get stuck if the answer isn’t the one I’m anticipating.

It feels just as bad when you get an answer you weren’t expecting and then stumble with a, “OK, well then, yeah, why don’t you let me know when that’s fixed and we can talk more?”

It won’t get fixed and you won’t get a call. You blew it.

The first question you need to ask is, “If we’re in agreement on these points, can we move to the next step?”

You might be nodding your head thinking you got this. If not, don’t worry. You’re probably not going to use those words literally, so let’s dig into how to use that phrase to close any step of the sales process.

When you close someone on the next step you’ve typically had a conversation and at this point you see a compelling reason to move to the next stage of the sales process. Time to ask for that next step.

There are two steps to close this way. They are:

Step one: state why you believe it’s time to recommend moving to the next step.

Step two: close with “If you agree with me, will you take that next step?”

If you’re closing out a prospecting call and you’ve established some reason the prospect would be interested in a deeper conversation you’d say something like:

“Based on what I know at this point, that you’re running into some challenges using reports to evaluate your Sales team, I recommend we set up a time to go over how we’ve helped Sales leaders like yourself quickly and effectively make adjustments using our analytics. If that makes sense for you too, would you have time Thursday or Friday morning to reconnect for thirty minutes?”

Next you have a strong demo. Some key reasons come up for the prospect to move forward with a proof of concept, so you’d close with:

“To wrap up, you said your biggest concerns are that your team is only able to run major analyses on a monthly basis, and even with those monthly updates you can’t be sure any changes you’ve made are having an impact until at least the next monthly review, if not longer. That’s something we come across all the time. To get a better sense of how we could help you with that I recommend a two week proof of concept, which I mentioned earlier. If that sounds like a great way to evaluate how this would benefit you, what would we need to do in order to set up a proper evaluation on your end?”

Then you have the proposal. The prospect and her team all seem in agreement. Could they be ready to sign on the dotted line? Time to find out if they’re going to buy:

“It sounds like we’re all in agreement that our solution would not only get you the analysis you’re looking for, it would provide you with the ability to see what’s happening and how your adjustments are working pretty much in real time. If you have no further questions, when can we move forward to roll this out to you and your team?”

I’ve walked you through each step and you’ve probably visualized a first demo meeting… a great demo… a promising proof of concept… a proposal that has them itching to buy… and a signed contract.

You’ve also probably visualized the last call that didn’t go that way. Which happens pretty much every single day.

What do you do when you don’t get a strong “yes” to move things along? Two more steps to take:

Step one: determine what’s preventing you from moving forward.

Step two: once you’ve determined that, handle the objections appropriately.

Let’s run through the first scenario, scheduling a demo. The prospect might say, “Well I don’t have any budget and this sounds expensive, I don’t think taking a demo is going to be a good use of time honestly.”

The two step approach to handling this would be:

“Prospect, other than budget, are there any other reasons you have for not scheduling a demo?”

Then when you have that great demo and go to close for the proof of concept you get pushback again. “This looks great, but I don’t think my team will want to use something besides Excel to run these reports.”

To handle this you’d say:

“Prospect, I understand. Besides being concerned that your team would not buy into using something other than Excel for these analyses, are there any other reasons you have for not setting up a proof of concept?”

Everything goes smoothly through the proposal, you have agreement in sight, and then you get pushback you never saw coming. “It’s too expensive!”

The way you’d handle this is:

“Prospect, other than price, do you have any other reasons holding you back from signing on?”

It’s crucial to know how many objections you have to handle before handling any of them.

If you handle the price objection, give them a discount, and then find out they know they need you to do extra services work to set things up, how are you going to backpedal on your agreed upon price?

This can (and will) happen at every step of the process. It’s most challenging at the end when you’re negotiating terms.

You need to make sure you know everything you’re going to need to negotiate to get a signed deal before you start making concessions.

I had this happen to me with two prospects in my first sales role. Both were ready to sign on the dotted line… if I could make one minor change to them. Except that change was a deal breaker for us. Our entire business model was based on bulk deliveries and both wanted us to pre-package much smaller containers.

I went through the entire negotiation to have them ask for that one teeny tiny concession with the agreement already written up and ready to go.

If I had done my job better I would have never put a contract on the table, because there were no terms we’d be able to deliver on. I just assumed they knew from the get go that we were bulk and that was it. I was wrong.

I did the same thing last week and now I have to wonder whether or not I’m going to get that next step.

Next time I won’t get sloppy. I’m going to ask those two questions.

Want to get posts like this delivered to your inbox every week? Sign up for my newsletter below and never miss an update!