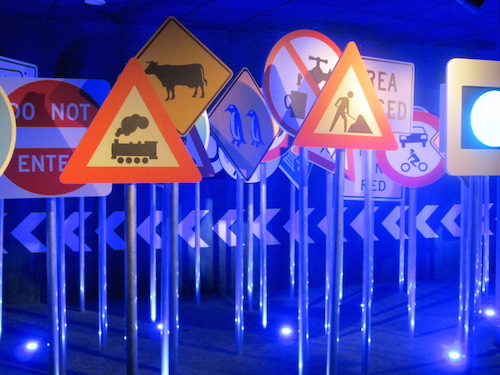 The biggest mistake I made in my first sales role nearly killed my sales career in my first six months on the job.

Mind you, when I started out it didn’t seem like I was making a mistake. I landed my first deal in my first month. The next month I hit my quota. I felt like I was off to the races, especially when I closed out my first quarter by landing my first BIG deal.

Two months later I wondered if I was going to sell anything at all.

That big deal had bought me some time, but I started to worry. What if I don’t sell any new business for an entire month? Would they fire me? If I was fired would anyone else hire me?

Most nights I went home so stressed that I’d get angry making dinner if the littlest thing went wrong. I’d curse out my undercooked rice and tell my chewy chicken where it could shove it. Whatever “it” was.

The toughest part was that I hadn’t listened to my boss, and he was right. I hoped he saw that I had changed my ways and everything would be okay.

Part of that was hoping he’d see the change, and part of me was praying things really would be okay.

What was my boss right about that I had ignored?

He told me to prospect into my accounts in multiple ways and never depend on one method at the only way to get my foot in the door.

The worst part was that he’d even shown me the resources the company gave us to do this. It wasn’t a lack of training. It was a lack of me doing my job the right way.

I hadn’t really taken every aspect of prospecting as seriously as the one method I was best at. Classic rookie mistake.

I was selling to a lot of blue collar industries where workers would take breaks at specific times. My most effective move was to stop by around break time, chat someone up, eventually lead the conversation to what I was selling, get them excited about it, and then let them lead me straight to their boss at the end of their break.

It worked so well that I once had the boss take a long look at me as he realized I had been walked into the front office through the warehouse by one of his workers before saying, “Smart salesman.”

I thought this was my ticket forever.

What I didn’t take into account were the few hundred accounts my favorite prospecting method produced zero first meetings. I simply thought they’d eventually come around. Boy was I wrong.

Taking multiple prospecting approaches should have been obvious to me, too.

My BIG deal started with a phone call, not with my smoke break chat maneuver. I had also landed a few meetings with great prospects after leaving or sending them some collateral before making my prospecting calls.

There I was, wondering if I’d sell anything, with one hot lead produced because I actually listened to my boss and prospected into the account the way he had told me since day one. I hoped I could close it before he fired me.

You might be in the same boat. I’ve managed so many reps who didn’t listen to me either, and having been THAT rep I totally know why.

Sales reps everywhere are trying to generate all their pipeline using one method, and eventually it’s going to catch up to them.

When you focus on using one prospecting method the only opportunities you’re going to generate are from prospects who respond to that specific method. The problem comes when everyone else who didn’t respond never becomes an opportunity. If a prospect doesn’t respond to a sales rep who only uses one method, whether it’s stopping by in-person or calling or emailing or something else, they’re not going to change the next time you reach out.

You are the one who needs to change.

I get it, it’s hard to change. Especially when one approach feels so much better than all the others.

I’ve met a number of outside sales reps who openly admit they’d rather walk past 100 “No Soliciting” signs to make an in-person cold call than pick up the phone to try and call just 10 prospects. Even if the person you speak with is cold or rude, it feels productive because you spoke with a real human being. You probably got some good info you wouldn’t get over the phone because you can see what’s going on.

It’s the equivalent to busywork. Sure, you’re busy, but you’re not getting anything done.

You have to ask yourself, how long can you do this before you run out of prospects who are willing to engage with you when you stop by unannounced?

Email is cheap, easy, and has replaced the phone as the new way to annoy prospects… IF it’s the only way you reach out.

Let’s look at email from a similar angle so this makes more sense.

Think about how you develop a relationship with a coworker. A good relationship. Do you stop by their desk every other day, tell them something interesting, then walk away if they don’t ask you to keep talking? No, of course not.

So why do you do that to your prospects?

If all you do is send along things you think are going to be interesting, if you do absolutely nothing meaningful beyond typing in a few sentences before hitting ‘send’, do you truly expect them to want to engage in a conversation with you?

Putting in an effort to show the prospect you might actually give a damn about them is worth more than a thousand well-worded, deeply researched emails.

Seriously, you did all that research and crafted an amazing targeted value proposition, and you can’t pick up the phone to make one call? Because that tells me you don’t believe in all the work you put it.

No way I think you want to meet me. All you did was sit behind your keyboard all day, hoping someone reads your six sentences filled with the things you read off of my company’s website and/or LinkedIn profile as if that was the best way to get to know me.

You want it to be easy. I know this, that’s why I didn’t pick up the phone unless I felt I absolutely had to.

Reaching out besides an email or an in-person visit can be done really easily.

Here’s what I want you to do today. Just one thing.

Pick ONE prospect you’ve left collateral for or emailed some killer content. If you can pick someone you’ve reached out to multiple times without making a single phone call. Just one prospect.

Call them up and point them in the direction of all the good stuff you’ve given them.

Don’t know what to say if it goes to voicemail?

“Hi Prospect, I sent you this really interesting thing other (title, industry) found useful because of (your favorite part). There’s some other great ideas in there as well. If you’re looking for it let me help – my name is (your name) and my company is (company). Take a look, and if it’s interesting I’m going to reach back out again soon, hopefully we could talk about it. Thanks!”

Think one prospect is too few? Don’t worry, it’s not. Just call one, have a conversation if you’re lucky enough to hear a “Hello” at the other end of the line, and leave a voicemail if you’re not.

You can always make more calls, of course. Just make sure you do that at least once per day.

Did you call a prospect you haven’t been reaching out to by phone? If so, leave me a comment on how it felt to make that call, I’d love to hear about it!