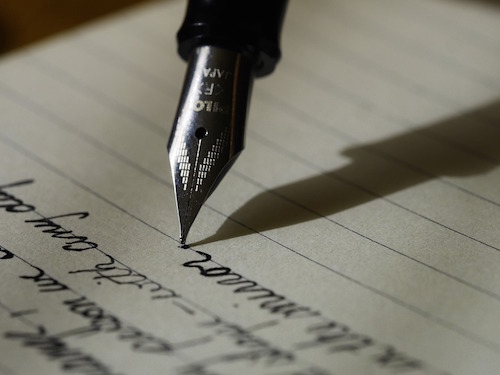 Lately there has been a trend to focus really hard on writing the perfect email.

I’ve run into a few of these reps and not a single one of them was crushing their numbers and opening tons of new opportunities. Top performers never put all their eggs in one prospecting basket. They know it takes more than a perfect subject line or hook in an email to effectively develop the accounts in their territory.

Are emails still important? Yes. They’re crucial. Except when you spend too much time on each one. Because that strategy doesn’t work. Let’s dig into why.

First off, odds are the prospect won’t read your email.

This is a tough one to embrace if you love sending emails. Here’s why odds are your email will never get read.

Prospects get tons of unsolicited emails every single day. We’re already balancing our calendars, priorities, and projects. Our days can get turned upside down if an employee or our boss or the CEO adds something we weren’t expecting. Reading emails from prospects is the last thing on our minds.

It’s because prospects have a job to do and it’s unlikely your email is going to make that job any easier right this second.

Ask yourself, what on earth are you expecting to dig up researching a prospect that will give you a huge advantage?

Reps spend tons of time researching before sending emails. Which is great, except most of that research is overkill.

Here’s what you need to figure out: what has recently happened or changed in that organization to make the prospect more likely to want to talk to you?

I care if we have a mutual connection. I care if you know that I’m evaluating services like yours because you spoke to one of my colleagues and she sent you my way. I care if you’ve picked up on an important change in my business and somehow your product is obviously going to help me out.

Yet so many reps are looking for personal triggers.

There is one personal trigger I would use. If you see specific language a prospect uses, whether it’s in an interview or on their LinkedIn page or in a blog post, I’d consider using that if it ties directly to what your product does.

Anything else is complete BS, and we can smell it a mile away.

Don’t bother trying to figure out if your prospect loves orange juice. Focus on providing something valuable to the prospect and deliver that message to as many prospects as you can without spamming them. Sending enough emails is more important than sending high quality emails.

The most successful reps know that an email strategy needs to be scalable.

This is where things often go wrong. Instead of creating a set of strong email templates that are easy to tweak and fine tune, the rep starts practically from scratch each time. The rep will take ten or fifteen minutes to write or rewrite each email, too.

If it takes ten to fifteen minutes to write an email and you spend half your day writing emails, how many will you send?

What happens next is even worse. The rep will take time away from calling and researching to write more emails so they can cast their net further.

Yet we already know most of those emails won’t be opened.

Smart reps have a set of templates for the most common emails they use. They’ll even put in blank spaces that they know they need to fill in every single time to customize them. How long does it take this rep to send an email?

I’m not knocking research, mind you. I’m not saying customization is bad. What I’m saying is that you’re not a craftsman writing emails, you’re trying to develop a sales territory. That’s your goal. If your emails aren’t getting opened (they aren’t) then why put in a ton of extra effort into the content of your email?

If you spend a ton of time customizing each email then the only way you’re successful is if you make sure that email is opened.

Think about it for a second before I ask my question again.

What is the point of doing all this research and customization if no one ever reads the email in the first place?

If you were ever wondering why your manager wanted you to make more phone calls and leave messages, this is it. Your emails are wasted unless they’re noticed. You need to do something to get them noticed, otherwise you literally cannot win. The most direct and effective way to do that is to pair your emails with a phone call and, since the prospect is extremely unlikely to pick up, leave a strong voicemail.

I can hear it now. “JV, no one picks up the phone! Why bother making phone calls?”

Fun question to ask yourself. Which is higher, your connect rate or your email reply rate (only measuring prospecting emails)?

The best emails I’ve ever seen for B2B prospecting have reply rates slightly higher than the connect rate over the phone. Most are far worse.

Here’s the best part. You can actually test voicemails to see how many people open your email. You can try calling prospects after they open your email. There are tons of cool prospecting strategies you can try out when you’re willing to pick up the phone and get into an account.

If you only send emails you’re selling yourself short.

One closing thought I need to add. Everyone has their opinions on what emails work and everyone is wrong.

I know what works for me personally. I know what has worked for my teams, backed up by rigorous testing.

Not once have I seen a team crush it by sending emails all day without some kind of scalable strategic approach. The best reps always took some time to place phone calls and leave voicemails. They had run the numbers and come up with the smartest way to mix in the phone.

None of the top performers who have worked for me spent their days writing custom email templates.

And if that was the game plan? I suspect the company would wise up and hire content writers to customize emails for their sales team all day.

What mix of email and phone calls have you seen work?